George Henry Allen, a Tech 4 Specialist with the Quartermaster Corps, was killed by lightning as he cooked for his fellow soldiers.

Born on April 28, 1903, in Montgomery, Alabama, the Griffin resident was part of Company C, 100th Quartermaster Bakery Battalion. He joined the US Army on September 30, 1942, and trained at Ft. Benning. He was First Cook and was working in front of the cook tent when a storm began.

The storm had rolled in from the northwest on that fateful Saturday afternoon. High winds tore down electric lines and pulled up trees within the city turning the entire area into complete darkness.

Lightning struck the tent pole near where Allen was standing at 1:45 pm. It came down the pole and immediately passed through Allen’s body. The bakery cook died instantly on May 15, 1943. Allen and his unit were stationed at Camp Atterbury, Indiana.

George Henry Allen was 40 years old when he was killed. He left behind a wife, Dorsey Brown Allen, and two sons, Willie George Allen and Riley H. Allen all who lived in Griffin. It is not known where Allen is buried. A plaque will be installed in Griffin remembering our Hometown Hero. 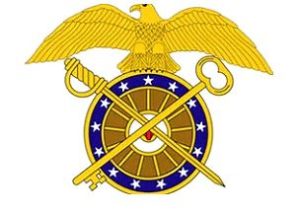