During WWI thousands of young men died as a direct result of their military service either from disease, combat or accidents. Unfortunately, that included businessmen, laborers and farmers, from Spalding County.

After the war a grateful community installed a handsome bronze and granite monument downtown memorializing all the young men from this County who went away to fight and as a consequence lost their lives.

Or so it was thought.

In the course of investigating local WWI casualties, our biographical research team made a very disconcerting discovery. All twenty two men listed on that monument were white. Eleven young men who died under the same circumstances were not mentioned there. They were all African Americans.

Unfortunately, because they lived and died so long ago and during their all too short lives had little or no chance to register themselves on the collective records or memory of our community, very, very little is known about them.

By a stroke of luck, the life of PFC Penia Roberts is both remarkable and well documented. We believe his story may well be emblematic of them all. Read his biography and watch the oral history interview about PFC Roberts in the Biographies section of this site.

Enter a Name Below to Search for Their Biography 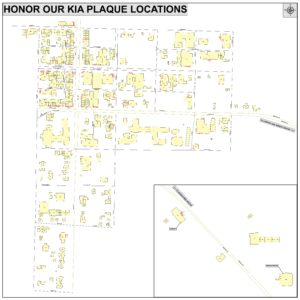