Pletz J. Belk was born in 1924 in North Carolina. He and his family lived in Griffin at 1006 W. Broad Street, Experiment, GA. Pletz was the son of Julian and Florence Belk. He also had a brother, James.

Pletz attended high school for the full four-year term. Research does not indicate where he attended or if he graduated or not.

Private Pletz J. Belk was killed in action on Christmas Day, December 25, 1944. He is buried in the Luxembourg American Cemetery in Hamm, Canton de Luxen.

Belk’s mother never forgot the loss of or the love she had for her son. Buried in the Oak Hill Cemetery in Griffin, Florence W. Cato’s grave marker mentions her son. A mother’s love is for an eternity. 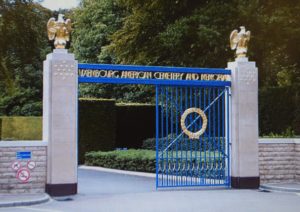