Lamar Newman may have been one of a kind – a lively young soldier full of energy and mischief, away from home for the first time, who was never known to lose his temper, utter a cuss word or take drink of alcohol.

Born Mach 12, 1931 in Spalding County to Lecie and Jewel Newman, Lamar was the oldest of five children. Two brothers, Ruben and Ronnie, and two sisters, Dorothy and Cecelia. The family lived in the Dundee #1 Mill village and as a child he attended Kincaid Elementary School.

Life was difficult in the Newman household, not just financially but also otherwise. Lamar’s father had a propensity to drink too often and too much. As a result, as a child, Lamar moved in with his grandmother Mrs. Jewel Malone and for most practical purposes Mrs. Malone raised him.

According to his boyhood friend Henry Smith, Lamar was “a small fellow, maybe 5’6” or 7” and couldn’t have weighed more than 145 pounds but his outgoing personality gave him a bigger presence than his body did”.

It was common knowledge among his friends that Lamar wasn’t much interested in school and even though he was a natural cut up, always up to something, he stopped short of doing anything that would get him in real trouble. Ultimately he dropped out of school and at age 17 joined the army.

While stationed at Fort Lewis, Washington Lamar came home on a 30 day leave and while here he spied a beautiful girl who was to change his life. Her name was Carol but at 16 she was too young to be dating anyone, much less a soldier home on leave.

Lamar was not deterred. The two families were neighbors and knew each other well. Lamar enlisted his young brother Ruben and his girlfriend to invite Carol to join them to go to the movies. Little did she know that it was a set up for Lamar to join them as her “date”.

Never the less all went well and Lamar asked to see her again. Knowing her mother would not be pleased, Carol agreed on one condition – that Lamar confess what he had done. As expected her mother was very reluctant but he won her over because of his “honesty” and she reluctantly gave permission.

Asked 66 years later if it was “love at first sight” when they met Carol says “No I wouldn’t say that. It took two or three days.”

Most of the time it was a long distance relationship with him in Washington and her in Georgia but it never the less blossomed and it wasn’t long until the young sweethearts wanted to marry. But Carol was still too young to marry without her parents’ consent and her mother would have none of that. Always creative, Lamar hatched another plot. He tried to get his own mother to pose as Carol’s mother but that got nowhere. Their plans for the future were put on hold until Carol was old enough to marry without having to ask permission.

It was about that time that war broke out in Korea and young Lamar Newman shipped out as a member of Company B, 1st Battalion, 9th Infantry Regiment, 2nd Infantry Division, U.S. Army and it wasn’t long before he found himself in the thick of the fighting in South Korea.

PFC Newman was wounded August 12, 1950 but recovered and was returned to the front lines on the Chongchon River near Kujang on November 27, 1950. What happened after that is unknown.

Not long after that Lamar’s family received a telegram that he was “missing in action”.

Shortly thereafter they received a second telegram that the first one was a mistake and he was not MIA (which was duly reported to his hometown friends in the Griffin Daily News). Sadly, a third telegram arrived confirming the first one – he was missing.

During that war the Chinese and North Koreans refused to disclose who they were holding as prisoners of war so naturally Carol and Lamar’s family held out hope that when the war was over he would be released from a POW camp and return home. This was not to be.

The war ended December 31,1953. American POWs were repatriated but Lamar was not among them and no trace of his remains found. The Army declared the “Final Disposition Date” for lost hero PFC Lamar Eugene Newman to be December 31,1953.

Missing since 1950, Lamar Newman nevertheless was not forgotten by his sweetheart, his family this century, not by along shot. Carol still has his letters tucked away. Asked what she remembers most about him, without hesitation, she answered “He was the kindest, sweetest man I ever knew”. Then as though to emphasize how vivid her memories of him still are she volunteered his army serial number – “RA14313078” – and she got it right!

Remarkably, in 2000 the body of PFC Newman was recovered in a grave with other American soldiers in what is now North Korea and ultimately identified in 2017 by our government with the help of DNA and physical evidence.

Following identification his surviving family, which did not include his parents or siblings who had already passed away, was notified Lamar’s body had been found. After appropriate arrangements were made his body was returned to his family and buried March 2, 2018 before a large amount of veterans and local residents in the Veterans Section of Griffin’s Oak Hill Cemetery with appropriate dignity and full military honors.

Seated with the family in the ceremony, though not technically a member of the family because their plans to marry were thwarted, was that long ago sweetheart Carol.

Sixty eight years after he sacrificed his life in the service of his Country, war hero Pfc. Lamar Newman was reverently welcomed back to his hometown by it’s grateful citizens. 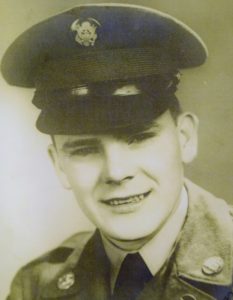 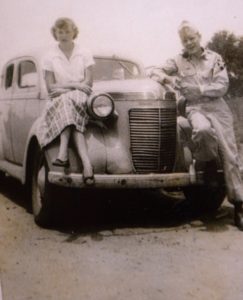 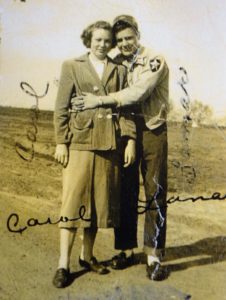 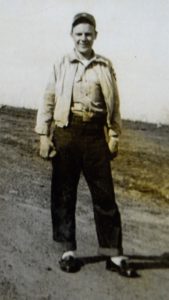