Destruction of Twin Towers in NYC Changed His Life Forever

On September 11, 2001, in the blink of an eye, terrorists reigned terror onto America when two planes crashed into the Twin Towers in New York City. But this incident also had a life changing influence on eleven-year-old Christopher Blake Rodgers. The young Griffin man sat in his living room and cried when he saw the destruction and would dedicate his life right then to righting this horrific wrong.

Born on May 4, 1990, Rodgers attended Crescent Elementary, Taylor Street Middle and graduated in 2008 from Spalding High School. An accomplished artist, Blake was also an excellent builder. Months after he graduated from SHS, Rodgers enlisted in the U.S. Marine Corps. He excelled in the grueling training which the Marines are known for and quickly rose in rank to Lance Corporal.

Deployed in March, 2010 in support of Operation Enduring Freedom, LCpl. Rogers landed in Afghanistan. A short seven months later he would be killed in action when he was shot while on patrol on September 1, 2010. He was stationed at Camp Leatherneck in the southwest part of Afghanistan at the time he was killed. Rodgers’ body was returned to his mother and father, Chris and Jane Rodgers and sister, Emily. He is buried in the Westwood Gardens Cemetery.

Although Rodgers did not come home alive to a family and community that loved him, a grateful community now honors the Hometown Hero. An individual plaque will be installed in Historic Downtown Griffin. The plaque is proudly sponsored by Mr. and Mrs. Sid Jennette. 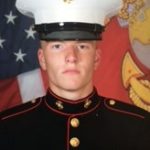 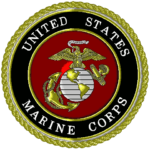 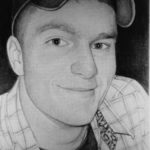 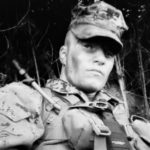 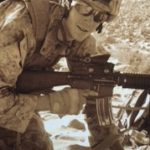