Bobby Duncan was a “natural” – pure and simple.

Good looking, athletic, popular, diligent and determined – Bobby knew where he wanted to go and what it would take to get there.

Robert Whitworth Duncan was born July 26, 1929 the son of Robert and Evelyn Duncan. In 1933, when Bobby was four, the family moved from Newnan to 665 South Sixth Street, Griffin. Mr. Duncan worked at Rogers Grocery Store. Mrs. Duncan initially worked at Dundee Mills and later at J.C. Penny. However the family made its mark locally when they opened Dunk’s Place across from Griffin High School. “Dunk’s” soon became an institution.

Starting even as a small child, Bobby always had a knack for making friends. Right off the bat people just automatically liked him and it was said that “his smile alone could light up a room”.

Bobby attended Third Ward School and Griffin High School where he actively participated in school activities, clubs and athletics as well as working after school. Though not a star student it was obvious that attending school suited him and he was already planning where a good education could lead.

On graduating in 1947 Bobby went into the U.S. Navy for two years knowing that service there would qualify him for a free college education on the G.I. Bill when he got out. Consistent with his plan when he was discharged from the Navy September 25, 1949 Bobby went directly from the Navy to North Georgia College in Dahlonega, Georgia.

As he did in high school, Bobby took naturally to the military college atmosphere. It suited him well and it showed. In his senior year alone, 1952, Bobby – known then to most of his friends as “Dunk” – was Secretary of the Senior Class, Distinguished Military Student, Member Pan Hellenic Council, Rex Fraternity, Cyclops Staff, Officers Club, Business Leaders Club, NCO Club, Captain, and PMS&T Staff, Captain, graduating with a degree in Bachelor of Science, Business Administration. If that didn’t keep him busy enough he was also on the football team where he starred at the end position.

One of his best friends at North Georgia was Bill Livsey who went on to an illustrious career as a four star general in the U.S. Army. As school mates and team mates Duncan and Livsey became close. Even more so in 1952 when they graduated, entered the Army as 2nd Lieutenants and served together in Korea.

After completing training at Fort Jackson and Fort Benning, Lt. Duncan was sent almost immediately into the fighting in Korea in command of a platoon.

Although inexperienced Bobby wrote home he felt confident he could do the job with the support of the many combat veterans in his platoon. But unfortunately having good men backing him up was not enough when the Communist Chinese troops attacked the night of July 18, 1953 in overwhelming numbers. “It’s like a dam broke and all we have is brooms to sweep the water back”.

Bill Livsey, fighting nearby, checked on his friend the next morning and in his words “was devastated to find out Bobby had been killed”.

When the news reached Griffin in the form of the dreaded “We regret to inform you …” telegram, naturally the family was paralyzed with grief. But it was not only his family that felt the pain of Lt. Duncan’s loss. Quimby Melton, Jr., Editor of the Griffin Daily News, wrote what may have been his only editorial recognizing an individual KIA from Spalding County. He said:

“The war in Korea struck bitterly home to the people of Griffin and Spalding County last night when word was received that one of its the most popular young men had been killed in the fighting there. He is Lt. Robert Whitfield Duncan, one of the most like-able young fellows who ever lived and just plain Bobby to his dozens of friends…… We hope sincerely that the truce will be signed and peace will settle over that troubled land……
In the meantime other cities and towns over the nation are continuing to get news of the deaths of other young men like Bobby Duncan and until this horrible thing is ended. Such news will continue to blacken the days of those who loved their sons and husbands and fathers.”

Second Lieutenant Robert W. Duncan died in the service of his country July 18, 1953. The “cease fire” ending the fighting in Korea was signed and went into effect nine days later on July 27, 1953. 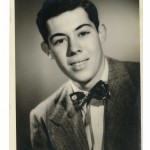 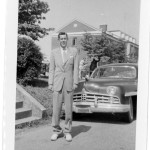 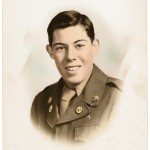