Born March 19, 1942 to James and Hazel Reese, Jim was the middle of three children. Ann the oldest and Fred the youngest.

His father owned a radio and tv store that morphed into a record shop in Griffin. The family was not wealthy but lived comfortably and Jim enjoyed the carefree youth one might call idyllic.

Mr. Reese was ardently devoted to the Baptist Church and the family was there, not unwillingly, “every time the doors opened.” Shortly before his death Jim sent his father a tape recording in which he said, “Dad you don’t have to worry. I still believe.” That was a great solace to his family when they learned he had been killed in action.

But there was an issue that really bothered Jim. He was just plain small and, as one might expect, he wanted to be bigger. Though his family knew it bothered him, with his happy go lucky ways, always funny, always upbeat demeanor Jim never let on to his schoolmates.

Jim wasn’t a troublemaker at all but he was mischievous. Maybe his best known escapade was stealing the “Home for Sale” signs out of peoples yards and relocating them in other yards. That prank earned him an interview with the sheriff. It may also, in conjunction with his contagious good humor, have contributed to his selection as Senior Superlative “Wittiest” in the class of 1960.

After high school his first stop was Mercer in Macon but being interested in pharmacy as a career it seemed logical to transfer to the University of Georgia. Unfortunately however Georgia was his undoing. The next thing his parents knew Jim had flunked out.

Out of school, Jim puttered around with a few jobs until he decided to join the military -not an inconsequential decision inasmuch as the Vietnam War was raging. Not only did he join up but he volunteered for what might be considered the toughest challenge of all – as a pilot in the United States Marine Corps.

His family speculated that Jim joined the Marines possibly because he felt he had to prove something to himself and others. When his family saw him graduate from basic training at Parris Island the influence of the experience was apparent. “He was very self confident. Very proud. You could almost see his chest puffed out.” They knew if his motivation had been to prove something, he had succeeded.

In the Marines Jim volunteered to be trained as a combat pilot. During his advanced flight training he became very close with fellow trainee Jim Lawrence and thereafter they shadowed each other through training and service in Vietnam.

Initially in Vietnam they both flew the A4 Skyhawk, sometimes flying three and four missions a day. But after several months in country Lawrence transferred to flying the “Birddog”. Against the strong advice of his friend, Reese wasn’t far behind.

The Birddog was what a civilian might consider a glorified PiperCub and it had a deservedly bad reputation. It’s mission was as a spotter plane identifying enemy targets and calling in naval, air and ground fire. To do that the plane had to fly low and slow over the target, making it often a “sitting duck”, which is why all Birddog pilots were volunteers and tours of duty usually lasted at most six months.

The morning of his last mission Lawrence tried to swap out and take Reese’s scheduled dawn patrol. Reese needed to sleep in a few extra hours but he would have none of it. He had nothing to prove by this point but he was scheduled to fly and by God he was going to.

Jim took off very early that morning with his spotter Lt. Rich Latimer and headed for his assigned grid.

Nothing seemed out of the ordinary until Lawrence and his spotter took off to relieve Reese but in transit couldn’t raise him on the radio. Nervousness turned to dread as Lawrence exhausted communication options and began to visually search the assigned area. It was a needle in a haystack till a flash of light caught Lawrence’s eye. It lead him to Reese’s plane in a small opening in the jungle but unfortunately it was not a signal for help from his friend.

Reese’s plane had been shot down by ground fire and both he and Lattimer were killed on impact. Lawrence insisted he be allowed to help retrieve the body of his close friend. And he did.

Asked what comes to mind when he thinks about Jim Reese now Lawrence said, “He was a good guy, a good officer, a good Marine….. I think about that ice melting smile and I think how he could make you just sit back and laugh.”

Still a clown but now a hero too. 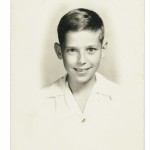 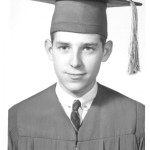 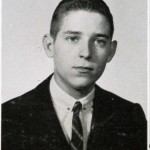 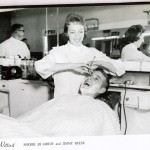 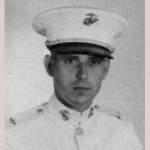